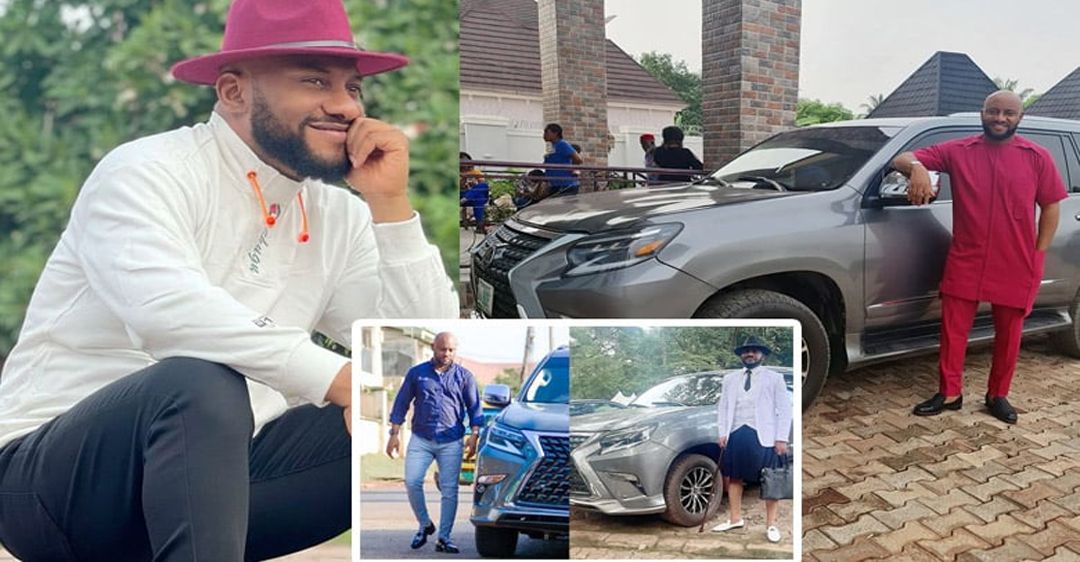 If you watch Nollywood home videos a lot (like me) then you surely cannot miss his voice. Deep, masculine, loud yet engaging voice, you cannot miss it, even if you try. Apart from his unique voice, the surname, Edochie also rings a bell in the mind of every Nigerian especially if you were born before the 2000s. Read further and let me tell you why.

Yul Chibuike Daniel Edochie, a native of Anambra State, is a prominent Nigerian Actor and the son of one of Nigeria’s finest actors and screen legends, Pete Edochie. Yul Edochie was born on the 7th of January 1982 and grew up in Lagos and Enugu States respectively.

After his secondary school education, he proceeded to the University of Port Harcourt to obtain a bachelor’s degree in Dramatic Arts. While at the University of Port Harcourt he met his wife, May Aligwe and the two got married six years after they met. Yul Edochie got married to his heartthrob at the age of 22 years in 2004, and the marriage is blessed with three children, 3 boys and 1 girl.

He entered the Nollywood industry at the age of 23, starring in ‘The Acquires as his first movie, where he featured alongside Justus Esiri and Chidi Mokeme. He kept his acting and continued to act as a feature character in many movies till his big break came in 2007 when he acted with Genevieve Nnaji and Desmond Elliot in the movie, ‘Wind of Glory.’ Since his big break, he has continued to act in versatile roles in the industry, especially in home videos.

As someone who saw his father actively acting in movies, he understands the industry to a great extent and the type of talents Nigeria can offer to the world. He felt Nigeria was not doing enough in regard to the film industry, so he went ahead to create his film academy in 2015 in a bid to train the next generation of Nollywood Actors and Actresses.

In July 2017, Yul Edochie relayed to the public that he had every intention to run for office in the Anambra State Governorship election. He was the Governorship candidate for the Democratic People’s Congress Party and when the election took place in November 2017, he took the 19th position out of the 37 candidates that ran for the same office post. In 2018, the current Governor of Anambra State, Dr Willie Obiano, appointed Yul Edochie as the Senior Special Assistant to the Governor on Creative and Entertainment media.

He is the last child of Mr Pete and Mrs Josephine Edochie, and he has five older siblings. He has other family members in the Nollywood industry and he has continued to show passion for what he does. He currently lives in Lekki, Lagos with his family. He attributes his inspiration to his father, Pete Edochie, and to other actors like Jim Iyke, Emeka Ike, Nonso Diobi, Charles Inojie, Robert Deniro, Al Pacino, and many others.

As a prominent Nollywood Actor, Entrepreneur, Politician and Philanthropist, he has an estimated net worth of $1.8 million

He is listed as one of Nollywood’s most expensive actors.

As one of Nollywood’s finest, he does not shy away from acquiring luxury cars to his name. Some cars in his car collections are:

His Lexus GX 460 is a full-size luxury, SUV, boasting both potent off-roading and luxury features.

Taking to his Instagram page on Wednesday, the 39-year-old actor shared a lone picture of himself posing with his Lexus GX 460 SUV. While giving thanks to God for providing the ride after 16 years, he prayed that the next 16 years to be more fruitful.

“The next 16yrs will surely be better. Insha Allah” — with Insha Allah meaning by God’s grace.

This 5-seater automobile runs on a 3.5 Litre V-6 engine with a horsepower of 271. It also has a 5-speed automatic transmission system and a top speed of 0-60 minutes per hour in 7 seconds. The car is valued at N12.3 million.

This 7-seater Sports Utility Vehicle runs on a 4.6 Litre V-8 engine with a horsepower of 335. It also has a 7-speed automatic transmission on the speed of 0-60 seconds per minute in 6.2 seconds. It is valued at N25.3 million. Check out Cheap Mercedes Benz GL450 for sale >> check here

This SUV is a 7-seater that has a 4.0 Litre V-6 engine with a horsepower of 270 producing acceleration between 0-60 in 7.8 seconds. It is valued at N12.5 million. Check out Cheap Nissan Pathfinder For sale >> check here

Yul Edochie who lives with his family in Lekki, Lagos is the owner of the duplex in which they live. He also has a house (mansion) in Anambra State where he hails from.