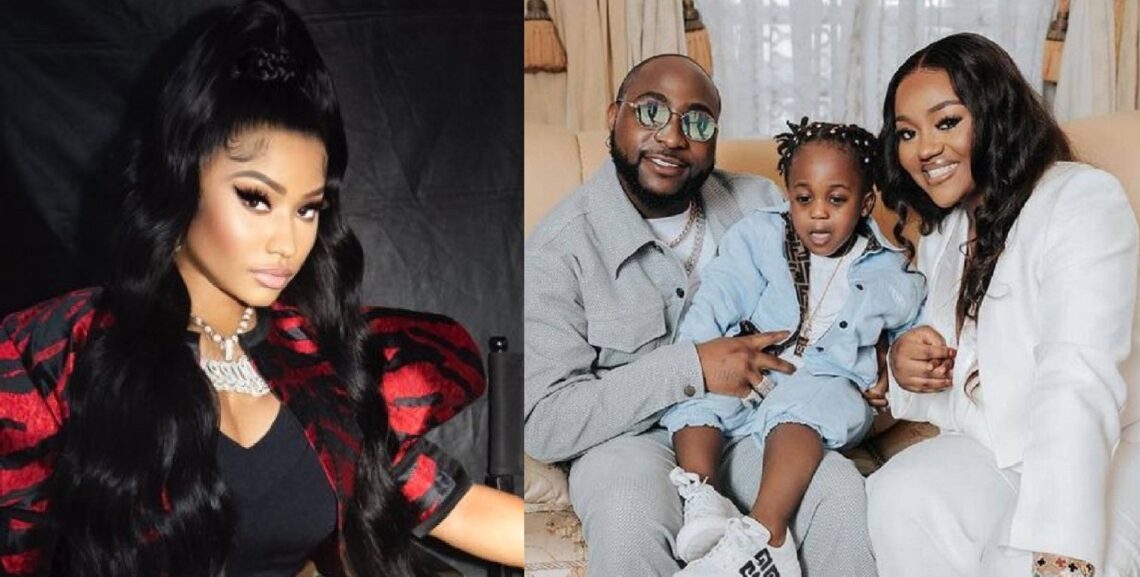 As many grieve the death of Ifeanyi, American rapper, Nicki Minaj has reacted to the death of singer, Davido’s son.

The mother of one sent her condolence message to the singer in a post on her Instagram story.

“My deep condolences to Chioma & @davido during this time”. Also, Meek Mill, an American rapper, took to social media to express his condolences to Davido.

The American rapper took time off to mourn with them, even though he was also dealing with Take Off’s death.

Taking to Twitter to express his condolences. Meek Mill wrote:

“Prayers to davido and his family also praying for y’all!”.

Controversial Pastor Tobi Adegboyega had confirmed that singer Davido was gradually getting stronger and rising from the grief of his three-year-old son, Ifeanyi’s death.

“Going to rise from this stronger, more glorious and giving more hope and strength to more people” he further disclosed.

The message from Pastor Tobi Adegboyega had since given hope to many of Davido’s fans who have been downcast and broken since the news of Ifeanyin’s tragic death on October 31st night.