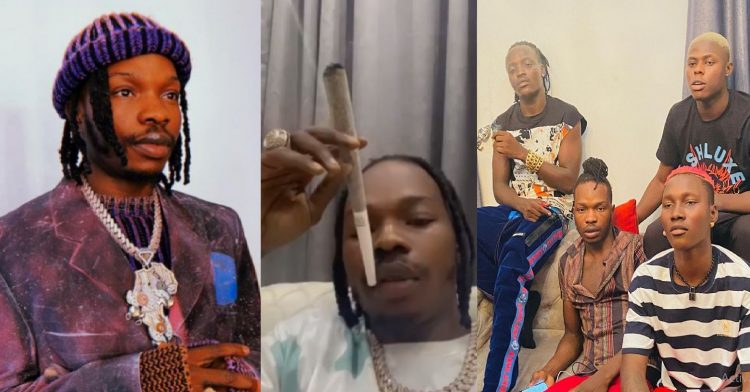 For days now, the internet has been set ablaze with photos and videos of Naira Marley and his record label signee, Mohbad. Now, the “Soapy” crooner has been accused of being a drug traffic kingpin.

recalls that Mohbad, whose real name is Ilerioluwa Oladimeji Aloba, had accused and explained why Naira Marley and his gang attacked him.

He alleged that he was beaten because he requested a change of manager.

His tweet reads; “Just because I want to change my manager which is their brother, see what they did to me at Marlian House. I’m not high oo cos that’s what Dey always say just to die down everything. World pls help me oo I’m dying inside”.

Something similar had happened earlier this year but was quickly squashed. Owner of Marlian Records Naira Marley responded to the accusation by calling the incident a “family affair.”

The singer claimed that Mohbad was probably “high” (drunk) when making the complaint in a response to the situation in an Instagram live video.

“Obviously, he (Mohbad) is not in his right sense. It is obvious he is not in the right state of mind. Because why will I touch Mohbad or allow anyone to touch Mohbad?,” he said.

Also on his Twitter handle, Naira Marley wrote, “Mohbad has a history of getting intoxicated which affects his emotions and actions. #ImNotPerfect. However, all issues would be resolved amicably within the record label.”

“I need my bro Mohbad to come on live so u guys can see I don’t have any reasons to lie on him,” he wrote in another tweet.

According to gist lovers, Naira Marley uses his record label signees to push drugs and ones they refuse to do his dirty jobs, he attacks them. Reacting to the allegation, one Vivian Iheoma commented, “People really get away with a lot of things in this country. In the meantime, Oba please pick my little sister for the scholarship. She has been stranded at home for a long time with no hopes of forwarding her education due to lack of funds. We have no helper since our father is late. I pray for God’s blessings to be with you always “

One Ego Oyino wrote, “So It’s true afterall? So Mohbad was saying the truth some months ago when he said his life is been threatened and that if anything happens to him that the world should hold Naira Marley and his boys responsible…now everything is becoming clearer”

One Matilda Opeyemi wrote, “Chai things they happen for this country ooh”