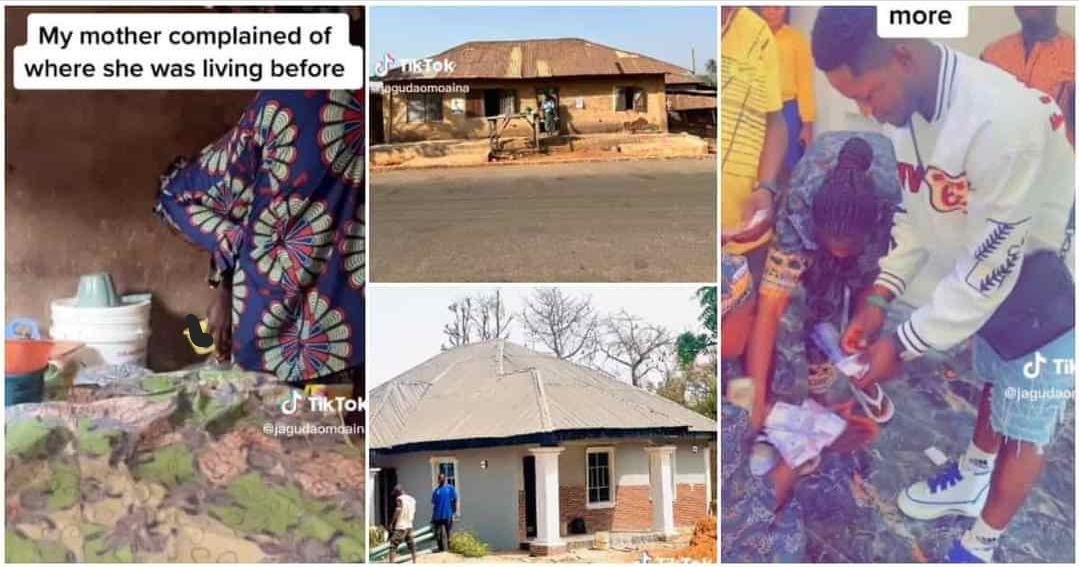 A young Nigerian man has taken to social media to flaunt the bungalow house he built for his mother.

According to him, his mother had complained to him about where she lived previously.

In a TikTok video, he showcased the poor state of her previous abode and then the lovely new house with a small view of its interior.

The grateful son said he decided to build the new house for his other because she deserves more. He could be seen spraying money on her in the TikTok clip.

“My mother complained of where she was living before.

“I decided to build this for her because she deserves more,” he wrote in the clip.

“Your own children will do the same for you inshallah you will not die young, your glory will started shine and will not stop inshallah congrat.”

Richest Musicians in Africa 2022; Net Worth and Houses