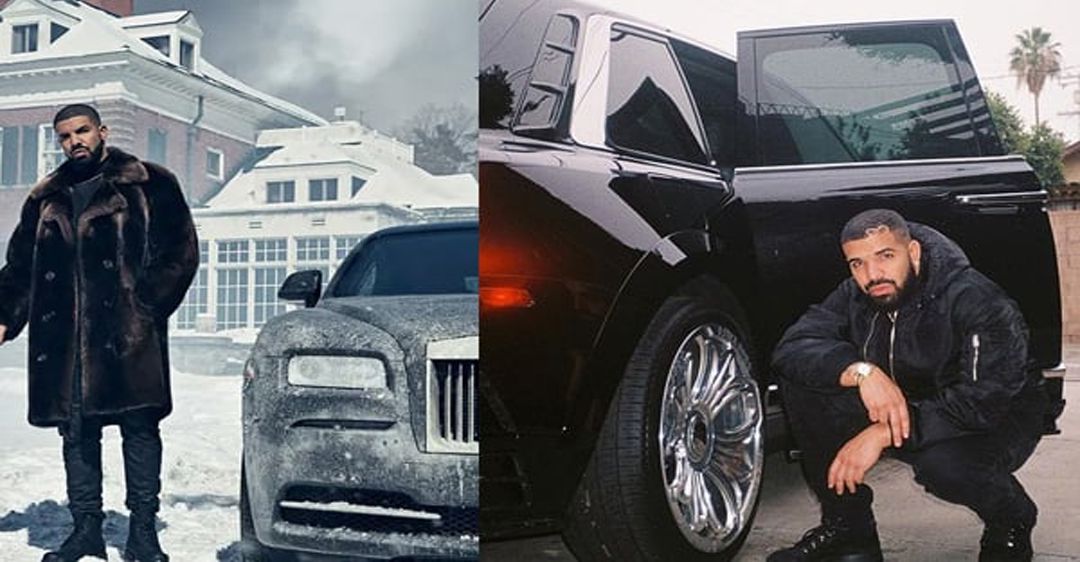 If you are a hip-hop fan, you must have heard the trendy name Champagne Papi or Drizzy, or Papi- whichever one you are familiar with, they all speak about one person: Drake! Drake is an award-winning hip-hop rapper, actor, and movie producer. Being a successful and wealthy music star, Drake’s cars and houses speak a lot about his wealth; in fact, his exquisite car collection and houses will leave you tongue-tied. Let’s check them out.

Before we dive into his car collection, let me give you a quick rundown about who this successful, chart-topping music artist is.

His full name is Aubrey Drake Graham, but he is popularly known as Drake which is his stage name. Born on October 24, 1986, in Toronto, Ontario, Drake has dual citizenship in the United States and Canada, because his father is an American while his mother is a Canadian.

Drake began his acting career by featuring in a Canadian teen drama series Degrassi: The Next Generation between 2001-2009. He released his first music mixtape in 2006, titled Room for Improvement. He went on to produce numerous other featuring top music artists, until Lil Wayne, the founder of Young Money Entertainment, signed Drake to the label in 2009. Ever since Drake has gone on to release numerous hit tracks and albums including Thank me Later, Take Care, Nothing was the same, If you are reading this it’s too late, Views, What a time to be alive, More Life etc.

As an entrepreneur, Drake is the founder of the OVO Sound record label, which he started in 2012.

In the world of celebrities, the type of car you ride is often a statement of how wealthy and influential you are. Drake is definitely a well-celebrated celebrity and loves to drive expensive cars. Check out his car collection:

Drake’s car collection would seem incomplete with a Bentley. Very few units of this model were made, and Drake is amongst the lucky owners.

Also from British Auto manufacturers, Bentley Motors, the Mulsanne is a four-door sedan which the star rapper enjoys catching cruise in.

The Brabus 850 6.0 Biturbo Coupe is one of the classiest car collections in Drake’s garage. According to Brabus, the 859 6.0 Biturbo Coupe is the “fastest and most powerful all-wheel-drive coupe on the globe.” The car is capable of sprinting from 0 to 60 mph in a matter of 3.5 seconds.

Also in Drake’s car collection is a Rolls-Royce Phantom, expertly customized to fit the artist’s taste. This car is built for extreme luxury.

This vehicle is one of the limited-edition models produced by Mercedes-Benz and McLaren car manufacturers. Little wonder superstar Drake is amongst the few able to own one. Under the hood is a 5.4-litre supercharged aluminium engine mated with a 5-speed automatic.

Drake’s mansion named The Embassy is the peak of luxury, worth about $100 million. Every room is attention-grabbing, lined with the best of interior decors and paintings. He started building this dream house in 2016 when he bought a two-acre plot of land in Toronto’s ultra-lux Bridle Path neighbourhood back. The stately mansion was designed by Canadian architectural and interior designer Ferris Rafauli. Exciting features of this house are the standard basketball court, studio room, music room, exquisite bedrooms and bathrooms, fully furnished kitchen etc.

Drake is not relenting in his music pursuit, even though he is a star already. His net worth, luxurious cars and expensive cars clearly show how rich the music superstar is.

Naira Marley And Zlatan Ibile – Who Is The Richest? Expensive Cars And Net Worth