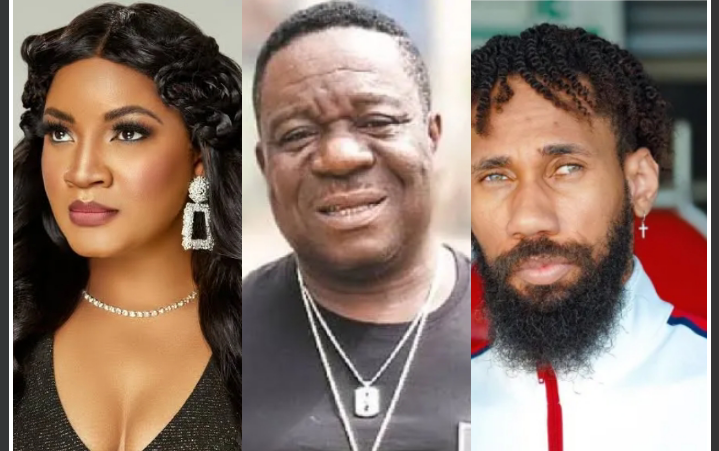 In the world that we live in, we heard a good deal of grass to grace stories. Especially from celebrities, who tend to use their story as a form of motivation for others to make it financially.

Everyone has their unique story to tell, having in mind that all fingers aren’t equal. Below are 5 celebrities in the entertainment industry that originated from a poor home, changing their lives for the better.

The Igbo rapper is multi-talented taking the industry by storm, many people are not aware of his success story. He began his music career back in 2003, striving hard for people to accept his genre of music, having being able to popularize the Igbo rap. Coming into limelight in 2014, releasing the “No Guts, No Glory” album that became a global hit.

The rapper didn’t come from a rich background, he was born and raised in the ghetto part of Enugu state, Nigeria. Having his dream to become a pilot tarnished due to poverty, he ventured into music, learning how to play the piano and drum in secondary school.

Today, he has become a household name with hundreds of millions of Naira in his bank account.

Timaya is a household name in the entertainment industry, he released his debut album titled “True Story” and it shot him to instant fame. He strived hard to make back to back hits, making him a lot of money over the years. Like many others, he didn’t come from a rich family, he made his way to the top through hard work.

Even though Timaya’s father was a banker, he was unable to cater for the family. Timaya assisted his mother in her plantain making business, having to hawk it on the streets of Port Harcourt, to put food on their table.

In 2012, the singer released an album that had many hits, having him nominated for various awards then.

He is very wealthy now, having fame and properties all over the country.

This renowned blogger story is inspiring, in a country where women success rate aren’t high. She is one of the richest bloggers in Africa, with her name featuring on the Forbes list, as one of the most influential women in Africa. Born into a poor family in Imo state, Linda Ikeji sold beer in a hotel to make a living during that time.

She claimed that it wasn’t easy, but she had to survive. She doesn’t have to worry about selling beers in a hotel anymore, she accumulated a lot of wealth for herself over the years.

When it comes to listing the talented actresses in Nigeria, the list isn’t complete without the mention of her name. Omotola made the list of the Times Magazine list of Most Influential People in the world back in the year 2003. She didn’t come from a rich background, had to strive to make a name for herself in the industry.

She lost her dad who was the breadwinner of the family, having her and the rest of the family having to beg to survive. They sometimes sat on pavements of rich homes begging for food, sometimes left dissatisfied. She almost went into prostitution, but hard-work and determination pushed her in the right path.

He is one of the most talented actors in Nigeria, coming from a poor background before the fame. The successful Nollywood actor once sold firewood and also worked as a hairdresser and even a butcher before he finally became famous.

Losing his father who was the breadwinner of the family came at a great cost, having them become a tenant in their village. Having 7 siblings, sleeping in the same room in their maternal home. They were one of the poorest in the village at that time, but today their story changed for the better.

12 Beautiful Nollywood Actresses Whose Marriage Crashed And Reason Why (Photos)